Home » Blog » Is Propane or Electricity Better for the Environment?

Is Propane or Electricity Better for the Environment? 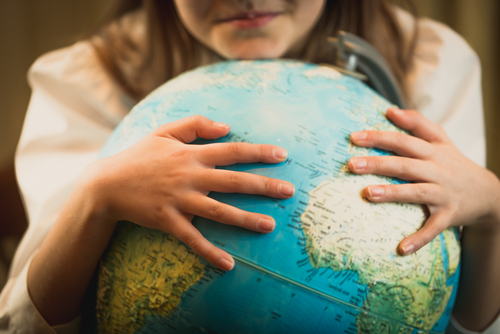 There are many ways propane energy benefits our environment, especially when compared to electric power. For starters, propane produces 43% fewer greenhouse gas emissions than using an equivalent amount of electricity generated from the grid.

Propane also generates more Btu’s than an equivalent amount of electricity. That means you need much less propane to produce the same amount of heat energy. Also, clean-burning propane appliances are efficient, because they waste very little fuel in the combustion process. Propane also has a lower carbon content than gasoline, diesel, fuel oil, kerosene and ethanol, which is a big part of the reason it was added as a clean fuel to the Clean Air Act in 1990.

Those are a few reasons why, hands down, propane is better for the environment and for your home.

Propane as a Motor Fuel

There has been much talk about achieving net-zero carbon emissions by the year 2050, and transitioning to all-electric vehicles has been a part of the conversation.

Although a battery-powered all-electric car itself doesn’t produce any emissions, right now, the power plant that generates the electricity used to charge those batteries most likely does. Those power plants are among the largest sources of greenhouse gas pollution in the United States.

While the production of electric vehicles and related infrastructure continues to grow, some technology remains in the development stage. In contrast, propane autogas has seen impressive technological advances in the last decade, providing fleets with reliable performance and savings while reducing emissions right now.

Autogas is already powering buses, police cars, street cleaners, and other vehicles in cities worldwide. Many businesses are also using propane to fuel their vehicles.

Propane’s lesser environmental impact is what makes this fuel a leading alternative for vehicles of all kinds. Since propane has a lower carbon content than petroleum products, it creates fewer toxic emissions and burns cleaner. Some estimates show that converting a vehicle to propane autogas can reduce its greenhouse gas emissions by 90%. Your vehicle’s engine could even last longer with propane. Read more about clean-burning propane Autogas.

Looking into the Future with Renewable Propane

The success story of propane and the environment doesn’t end here. Renewable propane represents the next step towards a zero-carbon emissions future.

Renewable propane is molecularly identical to propane. But it is made with renewable resources such as animal oils, plant oils, biomass, and other triglycerides.

As the renewable propane sector grows in the future, Iowans will be able to use it to lower their carbon footprint even further.

Find out more about renewable propane.

Read more about propane vs. electricity. And then contact your local propane company if you want to explore ways to expand your use of propane.